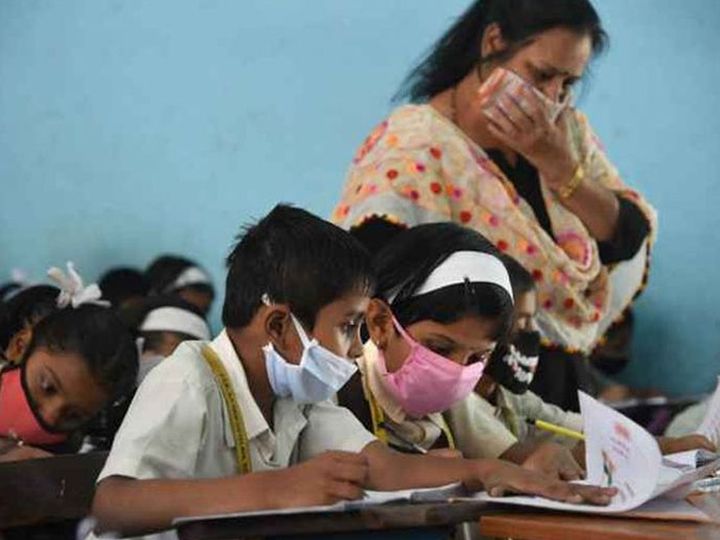 By banning festivals from Navratri to Diwali, the state government has also directed that it is not advisable to start schools.
The clear vote of the government and the administrators to open the primary school only after Koro came under complete control
Proposal to start some village schools at an early stage than big cities, a dilemma for cities

The central government has issued detailed guidelines for opening schools and colleges from October 15, but due to the rising number of corona cases in Gujarat, consideration is being given to start educational work only after Diwali, a high-level meeting chaired by the chief minister said. , In which the government is not ready to have any discussion about primary schools at present.

The Gujarat government has also made it clear by banning the celebration of festivals from Navratri to Diwali due to Corona that if the celebrations have been stopped, the government does not want to make any effort to start a school-college, so it can start only after Diwali.

The central government has given permission to start schools and colleges in Unlock-5 in phases. However, the final decision rests with the states. According to sources in the state education department, considering the current situation in Corona, schools and colleges will not be started from October 15. It is planned to open secondary-higher secondary and colleges only after Diwali vacation. The final decision will be taken after considering various aspects of the matter and holding meetings with experts and the Gujarat government will also issue guidelines based on it.

According to sources, the opening of school-colleges was also discussed at the cabinet meeting on Wednesday, especially in the village-small centers where online education is facing many hurdles, hence the discussion on opening schools in remote villages.

For doubts and understanding about the education-curriculum in the guideline of Unlock-4 of Central Government. Students from 9 to 12 were allowed to go to school. The Gujarat government, however, avoided implementing it. For the last few times, the government has been discussing with school administrators, academics, parents, etc. about starting educational work.