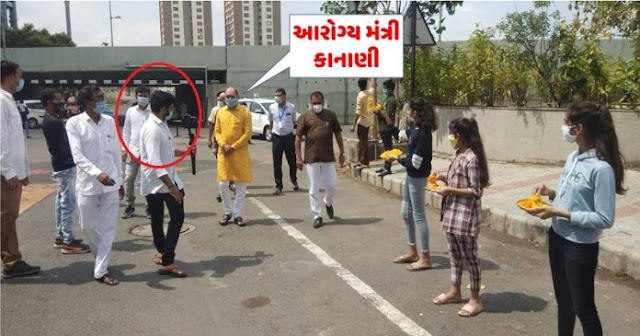 Gujarat’s Minister of State for Health Kumarbhai Kanani has posted a photo on his Facebook page of six and a half crore people in the state under the guise of corona, doing dramas like road shows and having photo sessions with his supporters and fans. 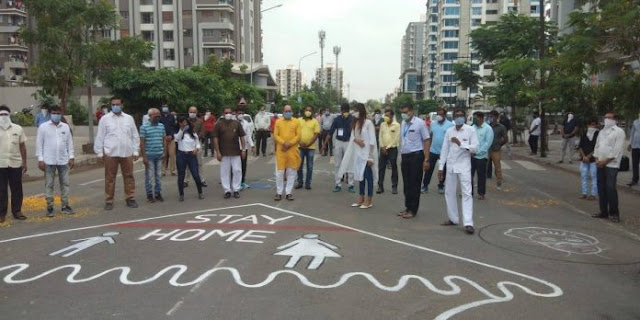 Crowds gathered to see Health Minister Kanani, who came to see a photo of a Rangoli artist painted on the road, in defiance of health and state government rules. 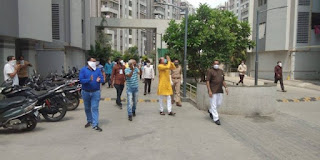 Police are also appearing with Kanani who does not understand the importance of lockdown. Even if there are 3-4 people sitting on the society terrace, only the police who lodge a complaint with the help of drones are present in a program like this road show, which raises questions against the functioning of the system.

According to the information received, the viral photo is of Shangrila Heights in the landing area of ​​Surat. Close to which is the Corona Red Zone of SMC. It is a matter of investigation whether such a crowd gathered 1 km away from the red zone for their own reception or gathered themselves. 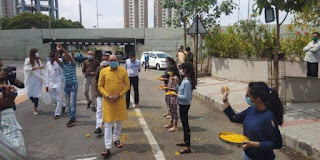 If this photo goes viral, Gujarat Police’s conscience will wake up and it will not be a surprise if a complaint is lodged! It may be mentioned that for the last few days, rumors have been circulating on social media that Kumar Kanani is not qualified as a health minister. In Surat, there is a discussion on social media that Kumar Kanani, despite being the health minister, sprays sanitizer in societies and works at the corporator level instead of working for the welfare of the people of the state.